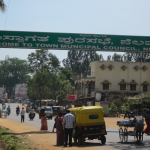 As a woman, should you avoid visiting India?

A survey* out yesterday appears to indicate that 35% fewer women have visited India this year compared to the first three months last year. Although part of the reason could be attributed to the economic downturn, it is felt that recent high profile security issues, starting with the rape in Delhi in December last year, has persuaded many women not to go to India.

This makes disappointing reading. I have been to India over 20 times since 2005 and I have never had a problem. In fact, quite the opposite. I feel so comfortable when I go there, it feels like home. The colours, the smells, the food; India makes me feel good to be alive. It’s exciting or it’s tranquil — whatever you want it to be.

I have travelled extensively worldwide, but it is India that calls me back, time after time. It’s not perfect: the cities are dirty, the traffic drives me crazy, they don’t know how to be on time for an interview, and they can’t take criticism, but Indian people are among the friendliest and kindest I’ve found anywhere.

India has its problems and I am not suggesting that brutal incidents of rape should be brushed off and dismissed, but these are rare occurrences. India has a population of over 1.2 billion people. A small proportion – 6.6 million people – visits every year from overseas. The vast majority of these have a fantastic time. The only complaint I’ve ever heard about is the old ‘Delhi belly’.

Women should take sensible precautions, ones that one would take in any country, not just India. I am not a fan of travelling on my own, but this doesn’t preclude me from visiting attractions or doing some sightseeing without my travelling partner conjoined to my hip. Indian women tend to be chaperoned, or go around in friendship or family groups, so I imagine a lone female could attract unwelcome attention, especially at night. It’s quite easy to arrange for a reputable guide to take you around in the evening or you could join a small tour group.

India really is incredible: if I decided not to visit countries that had received some negative press, there would be very few places I could go.

*A survey of 1,200 tour operators in India has shown that 25% fewer visitors came to India in the first three months of 2013 compared to the previous year, according to the Associated Chambers of Commerce and Industry India (Assocham). Whilst some of this may be due to the economic downturn, the Association claims that 35% fewer female tourists are now visiting India.