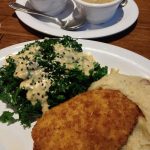 ‘How are you today?’ Does this question charm or rankle?

I recently spent five weeks travelling from one hotel to another down the west coast of the USA.  This was preceded by a week in Las Vegas.  I’ve been to the USA scores of times before, but not for such a long period and have never visited so many hotels and restaurants over such a short space of time.

In the end, I’d had enough and I couldn’t wait to get home. I’m wasn’t sick of hotels per se – I could spend my lifetime in Italian hotels or Indian hotels, to name just two places – but I was tired of the so-called service culture that Americans seem to be so proud about.   “How are you today?” with a beaming, toothpaste white smile instead of a surly grunt or being ignored does make a pleasant change.   It’s quite charming for about two days, but after a while, with your well-being enquired about by everyone you come across – sometimes four people on the way to breakfast – it does start to irritate and towards the end I could almost feel my right hand turning into a fist ready to punch.

American friends have explained the logic of it all.  Service staff in the USA are not paid a living wage.  So they have to make it up with tips.  They make sure you get a good service, so you can ‘volunteer’ a good tip.  This must be at least 20% of the bill if it’s a restaurant.  Where it falls down, is what their interpretation of a ‘good service’ is.  I don’t need to know the server’s name particularly (I’m not going in for open heart surgery), the fact that he will be helping me today (I worked that one out) or the sing song recitation of the menu, (I can read).  Then there is the elaborate explanation when each little thing is put on the table. “Ah, guys, here’s your water.”  “I’ll just give you some sauces and put them down.”  “Here’s the salad you ordered.”  A nano second after your food is on the table, you will be asked how the food is.  All this is done regardless of where you are in your conversation with your dining companion, so invariably, you are constantly interrupted.  When you do expect them to go off the script, it is always disastrous.  Heaven forbid, don’t find something wrong with the food.  They won’t be able to cope. “Do you want it boxed?’ is often the response. I have learnt that it’s best to say everything was fine and leave.   Of course, as you leave, assuming you have left your 20%, “Have a good evening!” will be called after you.

It’s the same with bell boys carrying your suitcase to the hotel, the guy who shows you round your room, valet parking drop off and collection, room service maids…the list goes on.  I had a wad of dollar and five dollar bills that I kept shelling out like the bread trail in Hansel and Gretel.  I found it all very wearing.

Coming back to Heathrow, I could have flung my arms around his neck when the guy at Costa merely said “Yes?” when it was my turn to be served.  The next week I was reviewing a luxury hotel in the north-east.  The staff were genuinely friendly and none of them expected tips.  Don’t get me wrong – I love the USA, which is why I’m going back next month – but I do wonder whether I am just a miserable, laconic Brit.  What do the rest of you think?