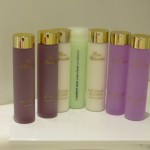 I have visited many luxury hotels over the past few years and in the process have made a little ‘meh’ list.  Of course, it is a question of personal preference as to whether you do or do not like certain features; and it depends on whether you are travelling on your own, or for business, or possibly what sort of mood you are in.  These are my pet hates, with some dislikes thrown in and other things that I just find faintly irritating.  They are in no particular order.  (No that’s a lie, Wi-Fi shenanigans makes me apoplectic.)  See how many you agree with.

1. Wi–Fi:  Everybody needs Wi-Fi these days.  Most of us live on our smart phones and I really can’t believe some hotels – charging hundreds of pounds a night for a room – still seem to think it’s OK to whack a daily connection charge on top. A few years ago, the main users of the Internet were probably business people, who charged it to their expenses anyway – but nowadays a charge is just an irritation.  Complicated log-ins annoy me too.  Make it easy and make it free.

2.  Restaurant:  Two things have bugged me recently – one is the ‘ladies’ menu’, which I thought had died a death along with the suffragette movement and the other is the habit of putting a goldfish on the table of a lone diner.  When I first took exception to the ladies’ menu, the maitre’d did his ‘No one has ever complained before’ routine, thus making me even more irritated.  He’d obviously not had a woman living in the 21st century visit his restaurant.  As far as the goldfish is concerned, I feel sorry for the fish, ironically taken away from his mates and plonked in a bowl, so he can stop a human from feeling lonely.  Does anyone feed him?  Or does he just swim around until he dies and is replaced? Then I feel sorry for the poor sod who has been given the fish.  It might be better to just put a sign on the table:  ‘Sad Loser’, ‘Billy No Mates’, ‘He’s on his Own’.  Really, being on your own to eat is no big deal. So don’t make it one.

3.  Musak: What is wrong with good old peace and quiet or the hubbub of guests talking?  Why do restaurants and hotels have to have piped musak everywhere?  Live music is fine, especially a pianist.  But really, music in the lift…. and the restrooms?

In the hotel room:

4.  Operating instructions:  In my bedroom at home I just have two light switches to worry about.  In a hotel, it’s a whole new ball game. Some rooms have such complicated systems in place, they have to send someone with you to the room to explain it all.  Since my brain can’t retain much at the best of times and I’m usually tired or desperate to get on my laptop, I’ll usually say, “That’s fine, thanks”, and shoo them away after a few minutes.  Then I jump in the shower and have a control panel in front of me like the flight deck of Concord.  Plus I have no glasses.  I almost cry with relief when I get a bathroom with ‘hot or cold’ and ‘on or off’ levers.  The lighting orientation is often a complete mystery too.  I fiddle around, experimenting, but on more than one occasion, I have given in and unplugged the offending lamp from the mains.  Similarly, the air-conditioning stays on freezing because I can’t seem to get it to do anything else, the little cordless controller requiring a degree in computer science to understand it.

5.  Turn Down Service:  Back in the mists of time, someone decided that a turn down service would be a Good Idea.  I am quite capable of closing my curtain and taking the cover off my bed.  I do not need special slippers to be put on a little mat beside the bed – but hey ho, so far so OK.  Where it gets really beyond nice and a little bit intrusive is when I have left my clothes neatly on a chair in the bathroom, I come back, and someone with OCD has folded everything into a square pile, in order of size with my knickers on top.

6.  Lighting:  Bathrooms with natural light seem to be rare, so it is important to get the lighting right and suitable for applying makeup or shaving.  A magnified mirror is great, especially one with an inbuilt light, but so many places seem to just have a central light or have uplighters, casting a shadow, so I often have to use my own mirror and apply my makeup near a window.

7.  Towel art:  I once came back to my room and my white bath towel had been fashioned into an elephant, and left on an armchair sprinkled with rose petals.  Once I had recovered from a laughing fit and picked myself up off the floor, I thought what a silly gimmick it was.

I’m surprised how many bathrooms with deep tubs have no safety handles, but a surfeit of red emergency cords.  I know grab rails would probably spoil the line and look of the place, but anyone who isn’t tall, no matter how agile, or anyone slightly frail, might struggle with some of the baths I have used.  Similarly, shower mats are rarely supplied, yet after using the super duper bath and shower products supplied, shower floors are often very slippery.

Some toiletries are obviously designed with a person with 20/20 vision in mind.  Identical bottles with identical looking products and ‘shampoo’ or ‘conditioner’ in teeny tiny writing is not doing anyone any favours.  Either colour code your products, or label ‘shampoo’ in type big enough for someone without glasses to read.  That will stop me from washing my hair with mouthwash or body crème.

Hairdryers:  Most hotels I go to supply these but often the cord is just not long enough and a free plug socket is nowhere near a mirror.

9.  Mini Bars:  I find most of them really outmoded and strangely depressing.  They are usually filled with preposterously expensive jars of nuts and bars of chocolates that one only finds in mini bars. Drinks are invariably boring – like Coke or Fanta – how nice if I could have mango juice, grape juice or sparkling elderflower.  At least I wouldn’t baulk so much at the high prices.  In any case, I would rather have a tea and coffee making facility in the room.

10.  In room spa:  This is something one only tries once, I imagine.  I had been walking all day and thought it would be relaxing to have a foot spa before dinner.  A man arrived at the hotel bedroom door with a washing up bowl and a pile of pebbles.  My stomach ached from not being able to laugh and having to hold a serious conversation with him.

I have stayed at some cracking hotels that get so many things right.  To redress the balance a bit, my next blog post will be writing about some of the good ideas and practices I’ve come across.